The coyote is considered as one of the cleverest beats of North America. It is slightly smaller than its close relative, gray wolf,  while it is also smaller than other wolfs like an eastern and red wolf.

If you want to know the presence of coyote in your area, then the best thing for that is finding the coyote scat.

The coyote poop is a clear indication that coyote is present in this area.

But, when it comes to finding coyote poop, the biggest problem comes forward is about the identification of coyote poop.

So, in this article, you’ll get to know about how to identify coyote scat, and what does coyote scat look like.

So, let’s get started. 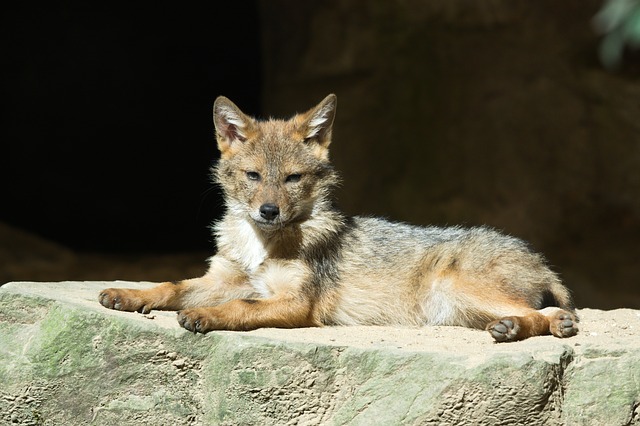 If you look at the coyote droppings, you’ll see that their droppings look like a twisted rope with several segments.

They’re large and tubular in shape.

Generally, they are between ¾ to 1 and ½ inches in diameter, and when it comes to length, they are 3 to 5 inches long.

The male droppings are larger as compared to female coyote poop. Even, some male coyote poop can be even of length 6 to 12 inches, depending upon the size of the coyote.

One of the important characteristics of coyote poop that can be used to identify their scat from others is that their poop has long, curly along with tapering ends.

The coyote scat contains a mixture of some plant matter as well as animal matter.

The coyote feces may contain some features, fur, casings, and bones of small animals like rodents, shrews, rabbits which they hunt.

If you look closely, you may also find some seed, grass, nuts, fruits, and berries which they usually eat to remove the intestinal worms that are present in their digestive system.

If you want to identify whether the poop that you found is of a coyote or not, then the first thing that you have to do is to take a close look at the feces.

If the feces are of ¾ inches to 1 and ½ inches in diameter, and it is 3 to 5 inches, then it gives an idea that it can be coyote scat, but we can’t be sure about that by just looking at the size.

The coyote droppings can contain a mixture of plant matter along with some animal matter like fur, casing, and bones of small animals like rabbits, rodents etc.

Along with that, if the scat has long, curly tapering ends, then there are a lot of chances that this is coyote feces.

If you find coyote poop in yard, then what does that mean?

If I find coyote droppings in my yard, then my first thought will be that, there is a coyote in my yard, if it is not present right now, then it surely was.

The coyote scat is a clear indication that a coyote was present here.

In that condition, you should take some necessary steps because coyotes are known to attack the small animals like dogs, cats, rabbits, and other small animals.

If you keep these things in your mind, then you may be able to distinguish coyote poop from the droppings of other animals.

I hope that you had found some helpful information in this article about the droppings of the coyote.

If you have any questions then feel free to ask in the comment section.