Everyone fears from getting stung by a wasp.

Due to this fear, people often ask questions like how many times can a wasp sting a person?

This is a good question because whenever people try to use a spray for getting rid of them, they think about whether a wasp can sting them multiple times or not.

In this short article, you’ll get to know the exactly what you want to know. 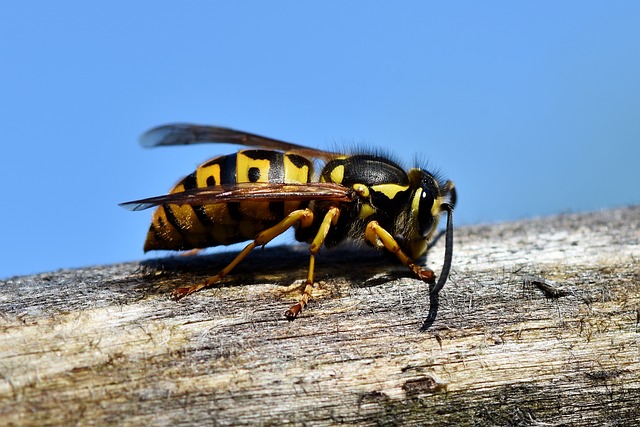 How many times can a wasp sting?

You don’t want to hear this, but this is the truth.

A wasp can sting you multiple times if they want.

A bee can sting you only one time. This is because when a bee stings a person its stinger stuck in the skin of the victim, and can’t get it back.

But, this is not the case with wasps.

During an attack, wasps can sting you multiple times because after stinging you their stingers remain intact. They can sting you again and again if they want.

You can say that their stingers are smooth, just like a small needle. They sting you and remove it from your skin, and they can do it many times.

Why Do Wasp Stings Hurt So Much?

The stings of wasps are full of venom, and when they sting you they deliver the venom in your skin. Therefore, their stings are so painful.

Everyone has a different reach towards a wasp sting.

It is possible that you’ll get a different reaction from the sting of another wasp.

But, the question is why do they venom in their stingers?

There are two reasons for that.

The one reason is that they use their stingers as a weapon against their prey. They sting their prey with the stinger, and the venom paralyzes them so that they can easily transport their source of food to their nest.

The second reason why wasps need stingers with venom is that stingers with venom provide them protection against big animals and hunters. Their sting causes enough pain to deliver a strong message that they should leave the area as soon as possible. That’s why, when you try to break their nest, they try to sting you because they’re attacking you to protect their nest.

Just like snakes and other venomous creatures, wasps can also control the amount of venom they want to deliver in their enemy. When they sting you, they can deliver some venom along with it, so it’ll be very painful. It is also possible that they sting you only without using any venom.

So, now you have the answer to your question “how many times can a wasp sting a person?”.

As, now, we know that they can sting you multiple times, you should be careful when dealing with their nest.

I hope that you had found some helpful information in this article.